A few months ago, I woke up in the morning to a desktop computer that had turned itself off overnight and wouldn’t power back on. I took a look online to see if anyone else had experienced similar issues, and discovered that this is a relatively common failure mode for the OCZ ModXStream 600W power supply, especially a short while after the three year warranty period expires – the textbook definition of planned obsolescence. Somewhat ironically, OCZ Technology filed for bankruptcy in December of 2013, though their power supply assets were purchased by FirePower Technology, who will apparently still honor the original warranty. Regardless, it failed exactly three months after the warranty expired (08/2011 - 11/2014), so I opened it up to take a look inside. 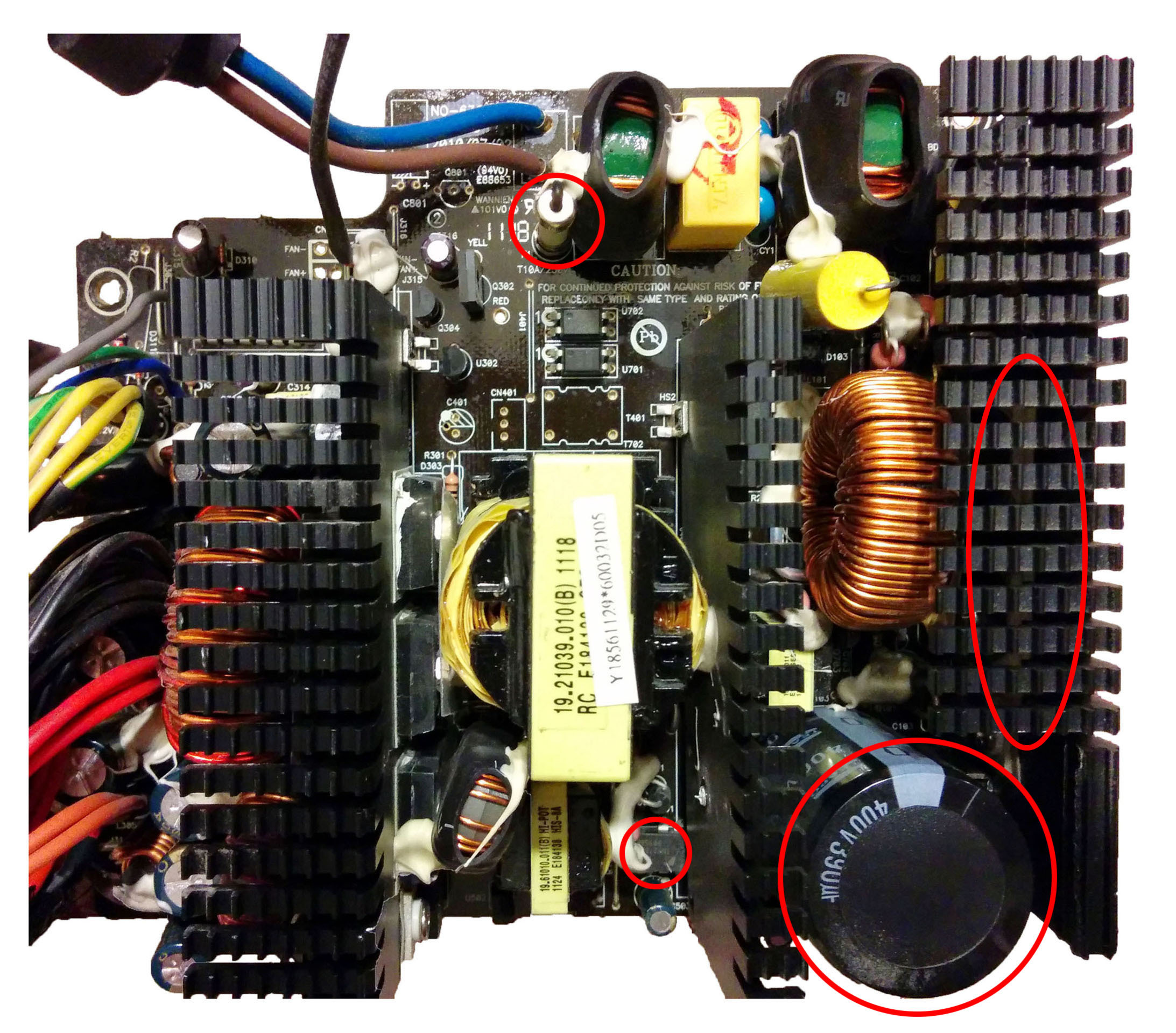 Top view of circuit board with bad components highlighted 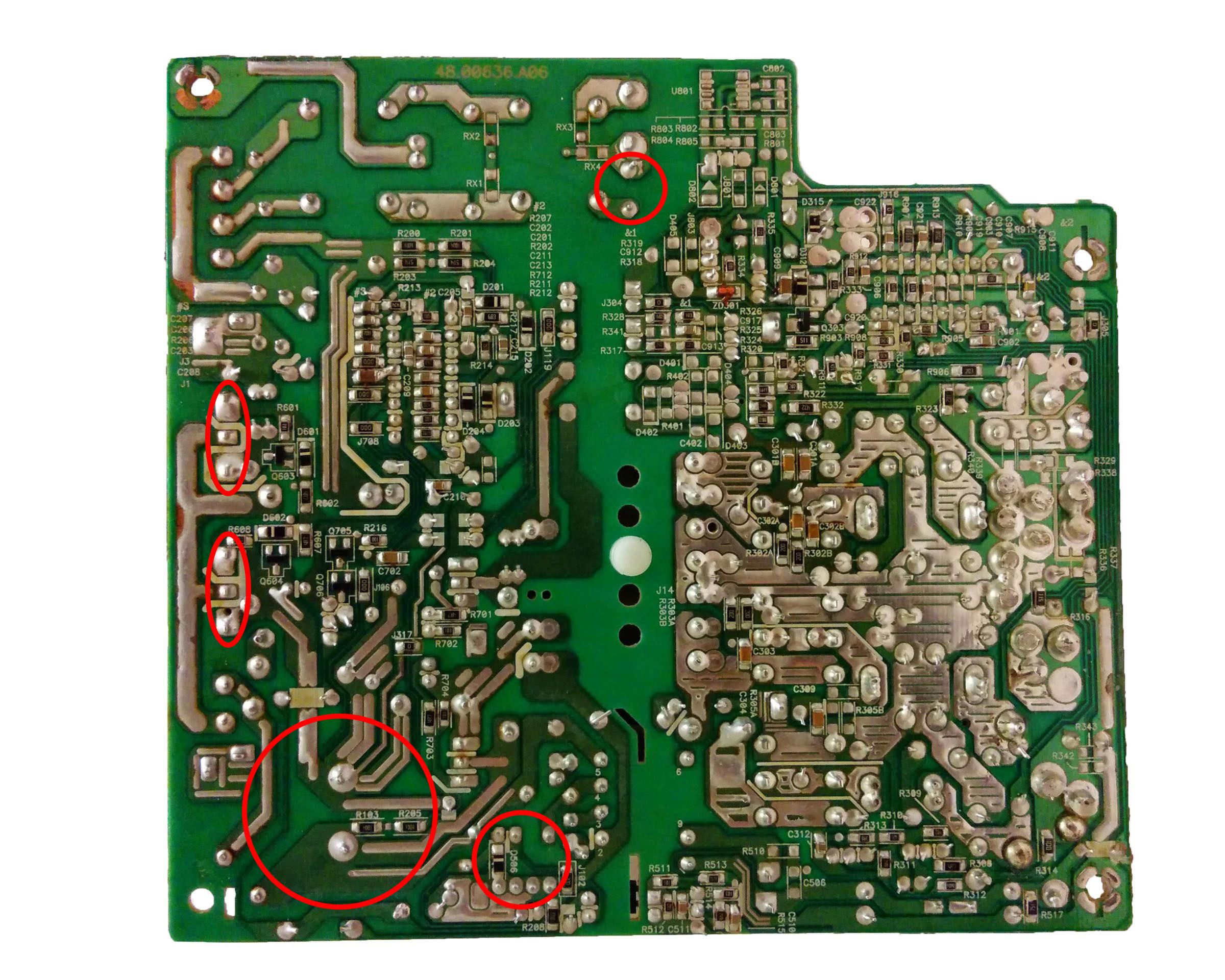 Bottom view of circuit board with bad components highlighted

The silkscreen on the main board indicates that this is revision A6 of part number NO-636, manufactured on 2010/07/02. After disassembling the power supply and probing with a multimeter, I discovered that the in-line T10AH250V (F1) fuse on the circuit board had blown, and a Teapo 400V 390uF input capacitor (C103) had lost significant capacitance. A post on the EEVBlog forum suggested that the capacitor failure likely caused the TNY278P (IC501) switching regulator to short internally and fail as well. After some further testing, I also discovered that one of the FCA20N60 (Q601, Q602) MOSFET’s had failed as well, which requires desoldering of the input stage and associated heatsink to replace. During this process, I reverse engineered part of the circuit board up to IC501; the schematic is available. 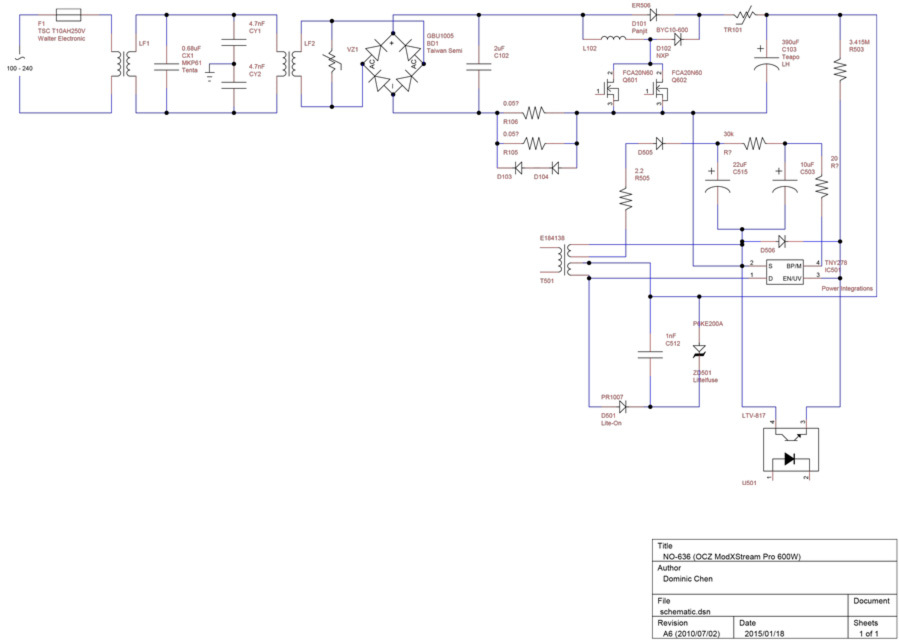 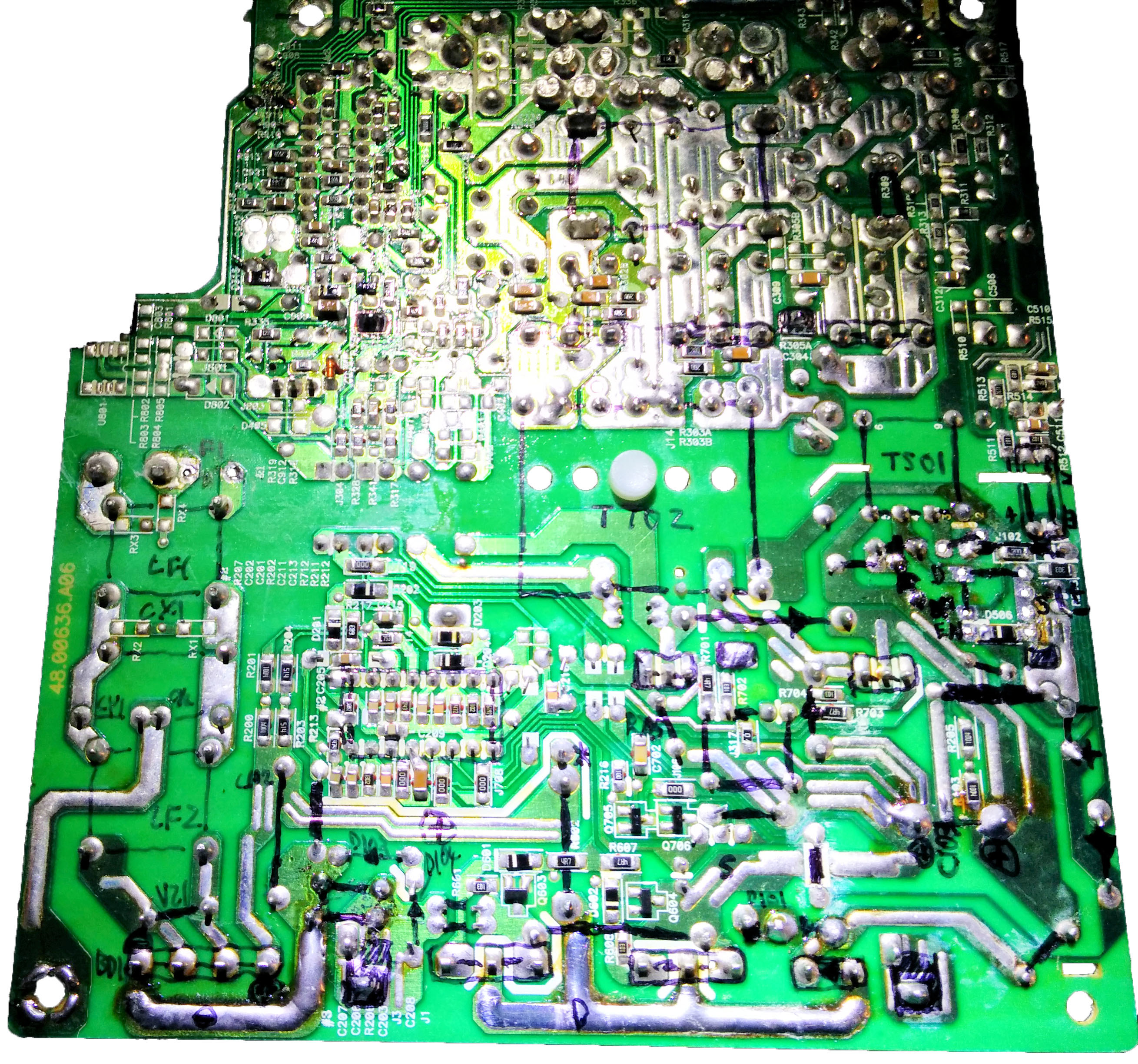 Bottom view of circuit board with annotated components

Initially, I thought it was lucky that the capacitor failure hadn’t taken out any other components within the power supply (or other components of my computer); there was no visible damage on the circuit board at all. In contrast, many people online reported smoke, sparks, and scorching inside the power supply, together with explosive failure of IC501. However, I realized that many of these visible failures had occurred with older revisions of the power supply, likely before the design was revised to add an in-line fuse on the input. This suggests that OCZ or their OEM fixed this problem in later revisions, but without notifying customers of the problem.

It shouldn’t be necessary for users to replace components in a computer power supply due to cost cutting and planned obsolescence by an OEM. Deliberately choosing low-quality capacitors is deceitful if not downright dishonest, and I would recommend replacing all other filter capacitors with higher-quality equivalents at a higher voltage rating (e.g. Chemi-Con, Nichicon, Panasonic, Rubycon, Sanyo, etc). For more information about this problem, refer to the Wikipedia article on capacitor plague.