A few months ago, I picked up a broken Agilent 33120A function generator. Initially, the output would occasionally shut off, and it failed self-test with error 604. According to the service manual, this indicates a problem with the modulation SRAM, U205, where the readback does not correspond to the original write pattern. After opening up the case, the self-test result strangely became worse, with errors 603, 604, 606, and 608, indicating an additional readback problem with the Samsung KM68257EJ-15 modulation SRAMs, U404 and U405.

Since these SRAMs are all powered by the same +5V floating rail, these errors could indicate a common power fault, rather than individual problems with each individual SRAM. After checking this power rail, it turned out to be indeed faulty, measuring greater than +7V, exceeding the +4.75 to +5.25V specification. Based on the schematics, this rail is supplied by U1004, a National Semiconductor LM2940CT-5.0 +5V linear regulator, from rectified AC transformer output. In order to access the linear regulator, I first removed the heatsink HS1004, which revealed some scorching on the circuit board directly under the linear regulator. 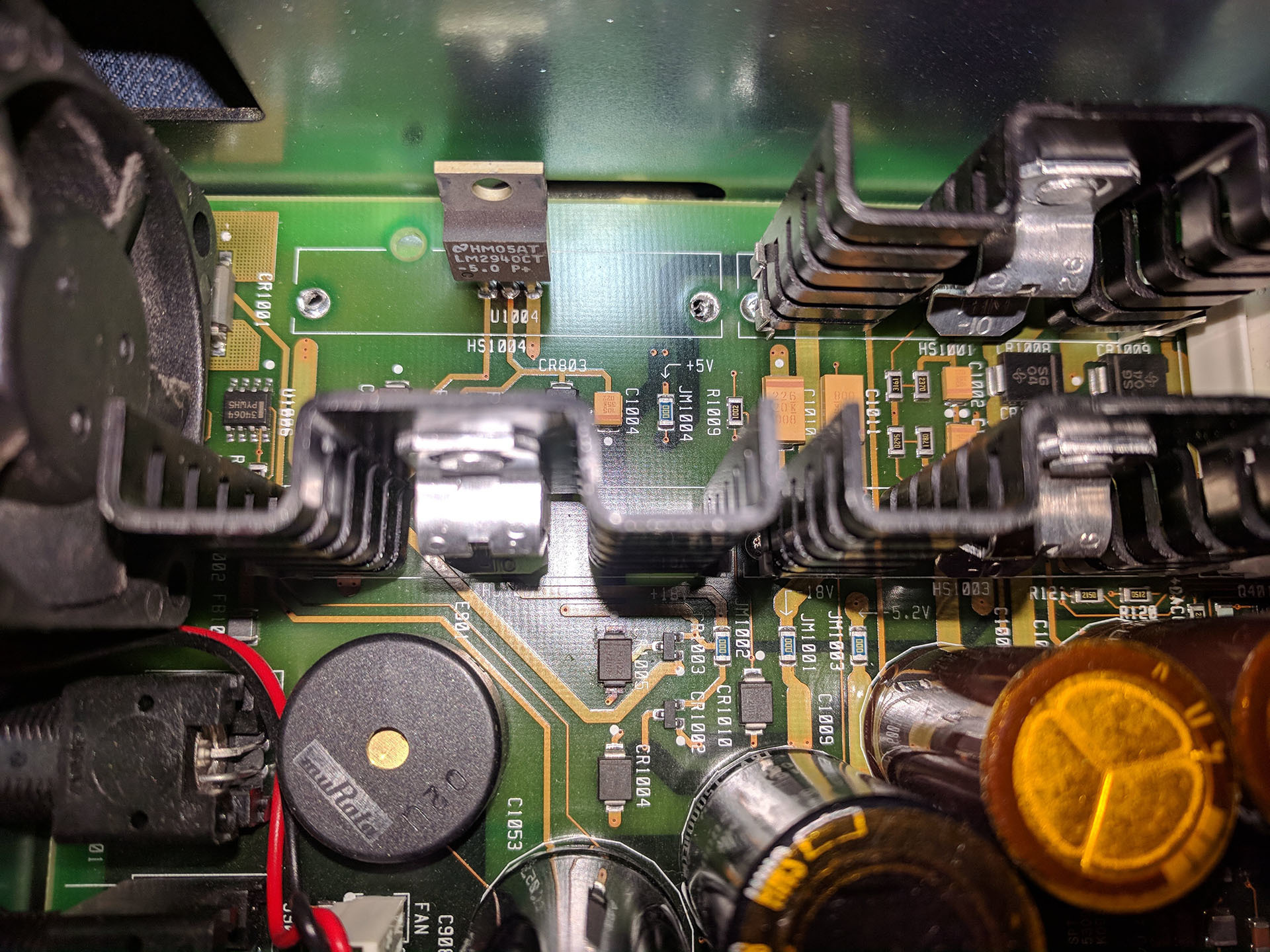 Scorching under linear regulator U1004 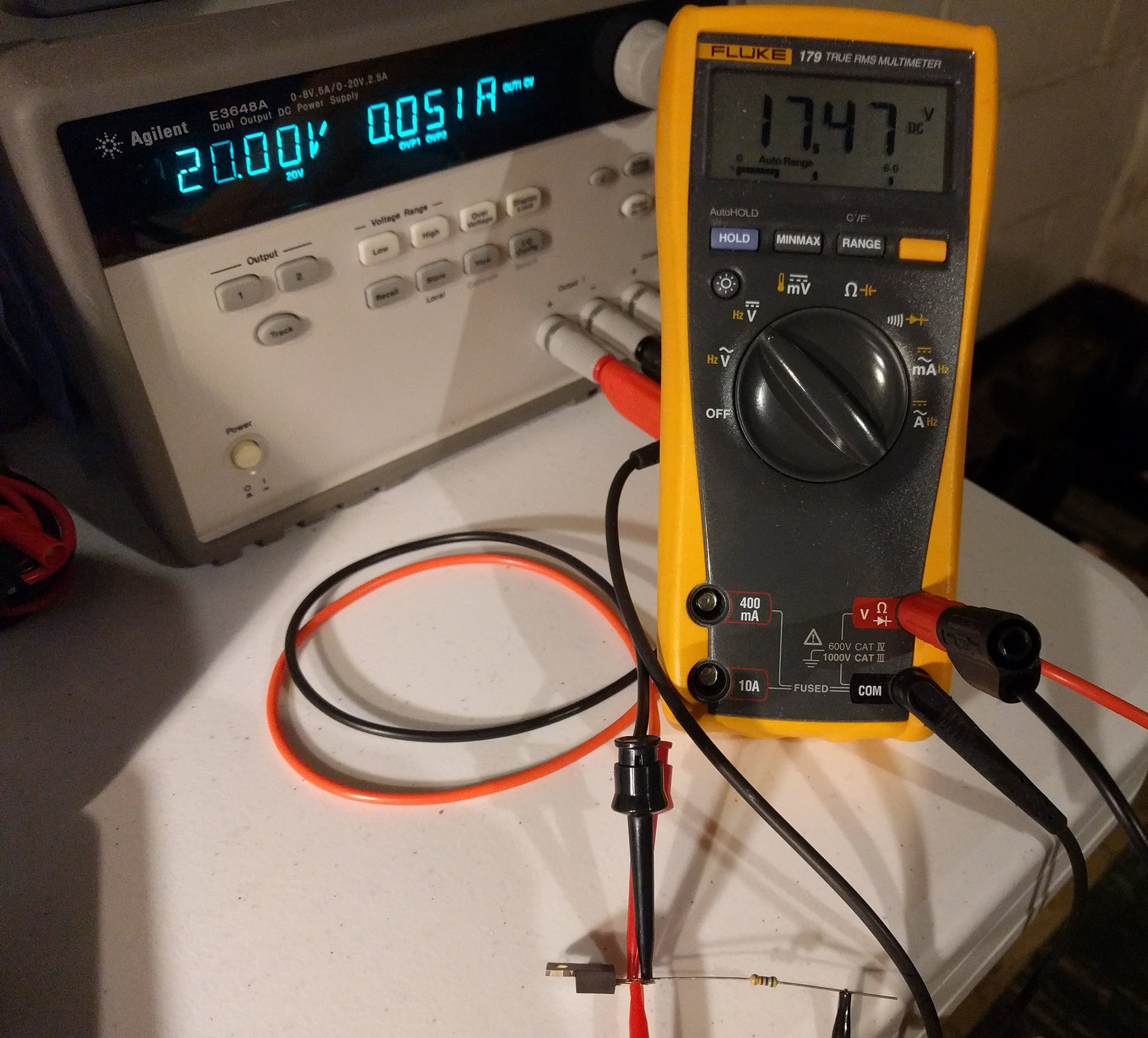 Note that the +5V floating rail has a Motorola 1SMB5920B-13 +6.2V zener clamping diode, CR1005, which is designed to protect against transformer or regulator failure. But since this rail measured greater than +7V, the zener diode was likely damaged, especially since it is only rated for 3W. Desoldering this diode revealed further scorching on the circuit board underneath, as well as damage to the surface mount pad.

Since this zener is not necessary for normal operation, I left it unpopulated, and connected an external power supply as a temporary substitute for the +5V regulator.

After performing another self-test, only the original error 604 remained, suggesting that the Cypress CY7C199-25VC modulation SRAM U205 was likely damaged by overvoltage. 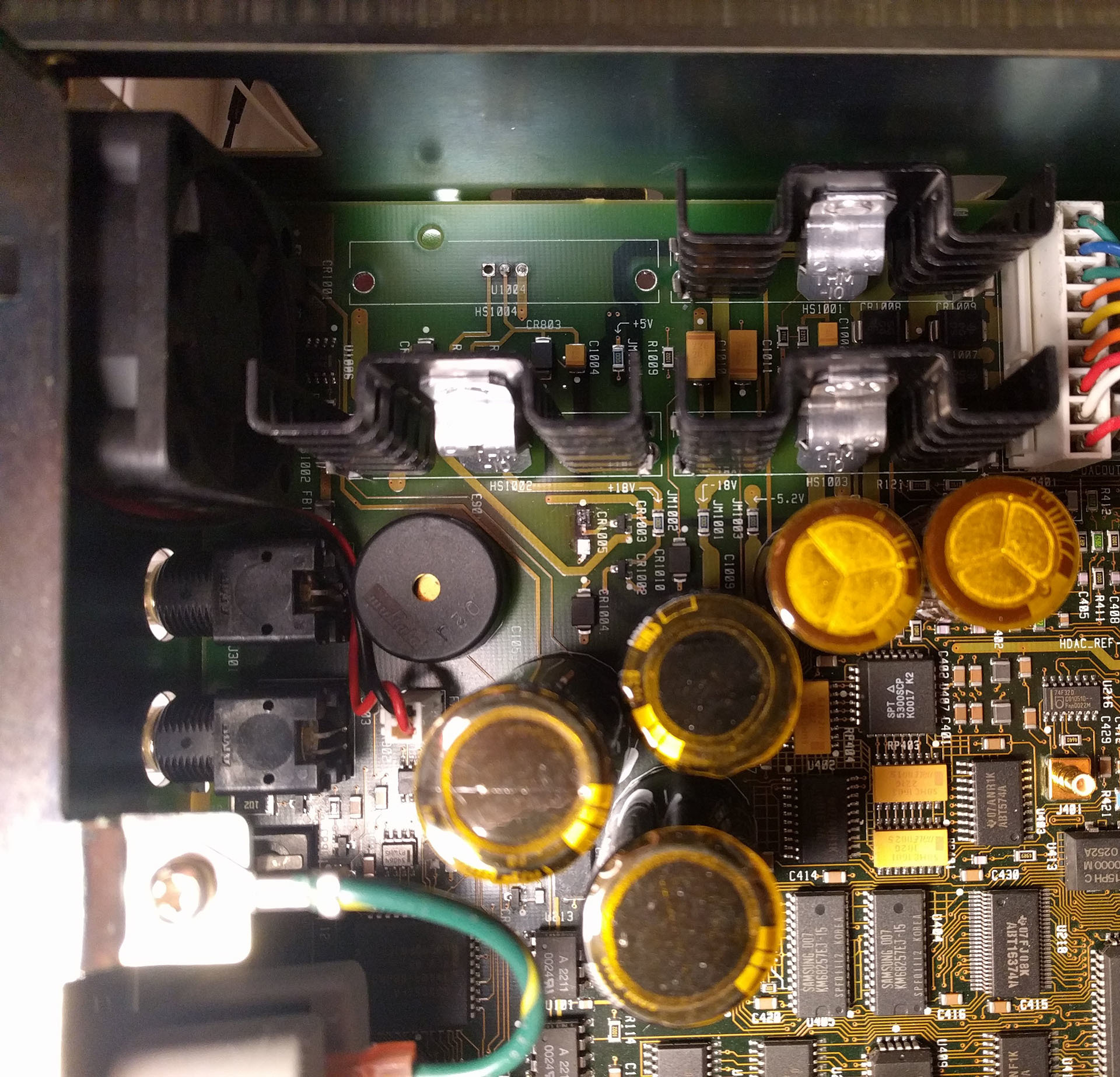 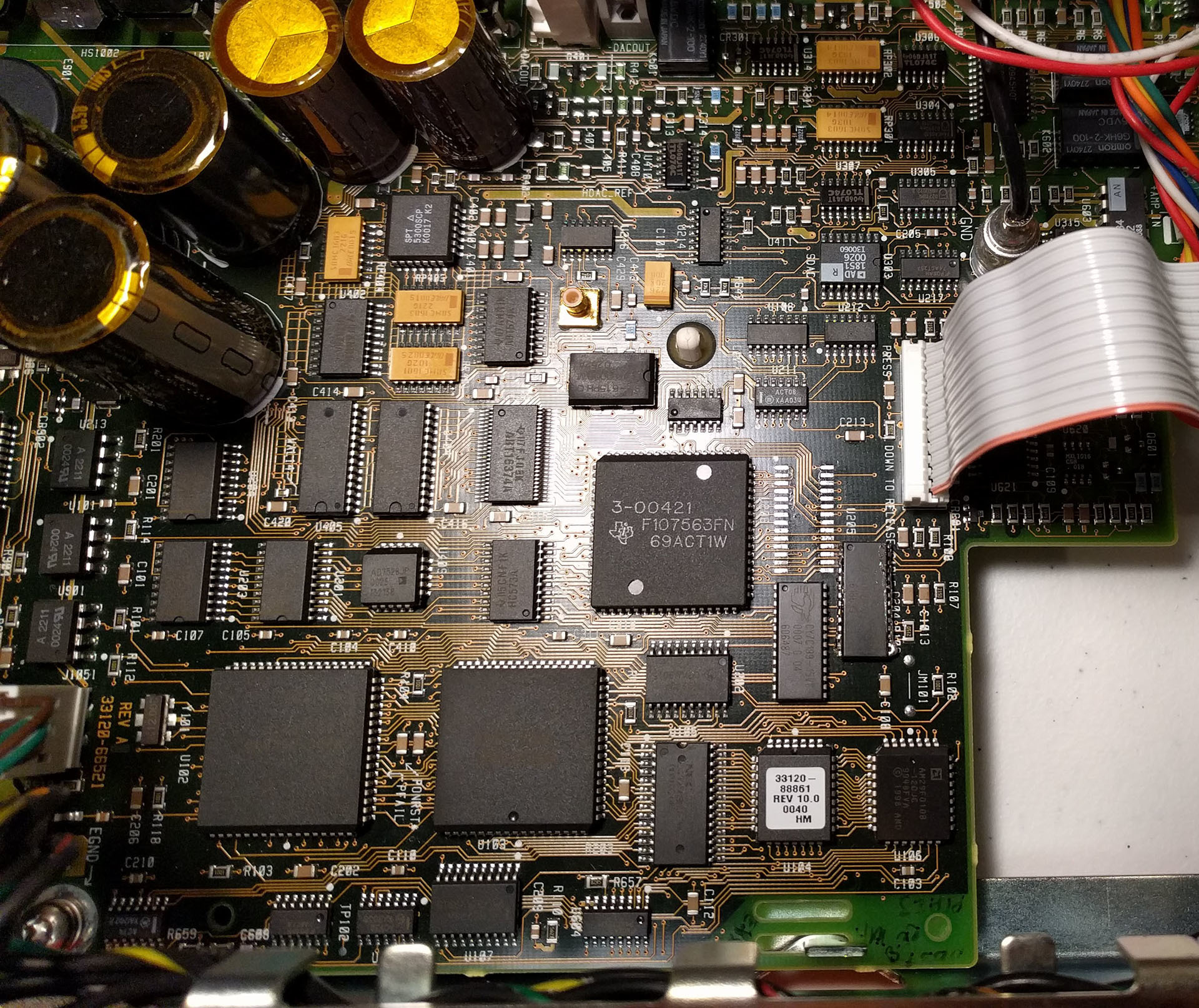 SRAM U205 removed, next to its replacement 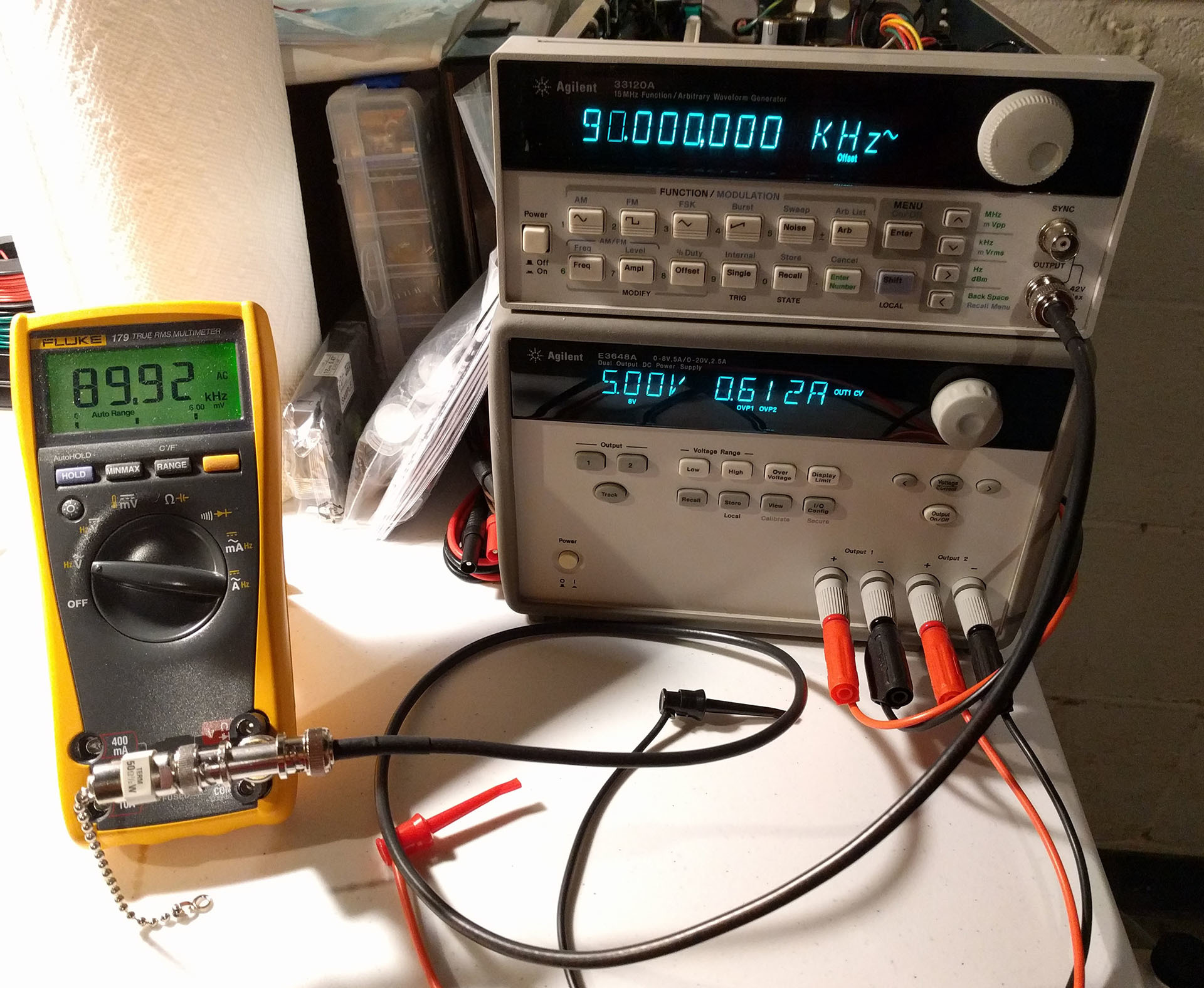 While looking for a replacement, I noticed that slower SRAMs are no longer commercially available, likely due the economics of semiconductor processes, so I replaced U205 with its 15ns access time sibling. This allowed the function generator to pass self-test, and the unit appeared to be working correctly. Subsequently, I replaced the +5V linear regulator U1004 and zener diode CR1005, completing the repair. In summary, this was a fairly straightforward repair, with the primary failure in the linear regulator cascading to secondary failures only in a zener diode and a single SRAM. Nevertheless, I did order a few extra SRAMs, as the remaining SRAMs U404 and U405 are likely failure-prone.